Many landlords already know that illegal subletting can really be something that harms their rental operations. But not everyone is clear on some of the biggest dangers of this kind of situation. Here are six scenarios where landlords and others, including nearby neighbors, can really lose out.

You’re On the Hook 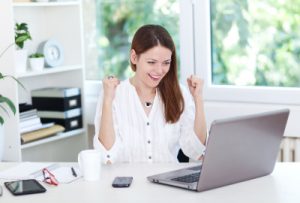 Illegal subletting can leave landlords in hot water related to everything from utility problems to neighborhood zoning violations, to the illegality of the sublets themselves. For example, these homeowners in Miami Beach told CNBC about fines and other penalties they faced after a tenant illegally subletted their property.

In some egregious situations, criminal activity leads to investigation of Airbnb rentals. This shocking story from Minnesota where a guest attempted to sexually assault the host’s daughter is a tragic example — this type of threat exists in all communities, but when criminals use Airbnb to get access to people’s intimate spaces, that’s a problem.

Don’t overlook some of the worst threats and most serious situations that illegal subletting can cause for you, your family, & your neighbors. Learn more.

Another potential problem with Airbnb illegal subletting is the illegal assembly of people for loud, raucous, disturbing events. This is often unanticipated by neighbors and leads to many kinds of community problems. Take this Canadian example of what homeowners described as a “drug-induced orgy” on the part of Airbnb guests that resulted in $50,000-75,000 in damages. Even though Airbnb paid for cleaning under their $1 million host guarantee policy, the owners felt uncomfortable in their own home. As one owner put it, “The drugs, the sex … everything imaginable that would violate a home has happened here, We don’t want to touch anything. We don’t want to sleep in these beds again. We can’t walk on these carpets in bare feet ever again.” 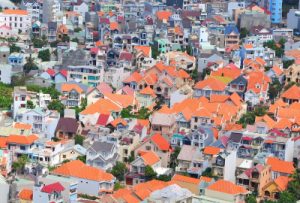 Another similar situation is where short-term renters simply overload the building with inhabitants — maybe more than one family moves into a single apartment. Neighbors can see burgeoning garbage outputs, noise and comings and goings at all hours, parking problems, and other signs that there are more people in the building than the limit for which that building was intended.

Take this 2016 story about an Airbnb guest in San Francisco who rented his neighbor’s short-term vacation unit in order to utilize a legal loophole against her. With this man essentially squatting in her building, the legal owner seemed to have little recourse. Some of these illegal situations put a property or its owner in significant legal jeopardy, and they can rack up huge legal costs just trying to resolve the issue.

Illegal subletting can also have an impact on the trust that has to exist between the landlord and tenant. Many of these property owners, on learning that their tenants have been illegally subletting their properties, are extremely mistrustful after-the-fact and if they can’t evict a tenant based on this information, they’re going to face a continual struggle trying to relate to that tenant as a property manager responsible for collecting rent, arranging maintenance, etc.

These are just some of the reasons why it’s a good idea to have resources in place to keep tabs on Airbnb violations and other forms of illegal subletting. Vendors need to protect themselves from these types of situations, and many others that show how unscrupulous parties can take advantage of short-term rental markets.