Short term rentals are a big issue in public planning – all over the country, there are fierce debates about how far these practices should be able to go. When should property owners be able to list a property on Airbnb or VRBO? When is a short term rental okay, and when does it start to threaten housing markets or cause social problems? These are just a few of the things that city planners, attorneys, and others are wrestling with as the country takes a look at what it means to have a residential neighborhood, and how keys changing hands can change a community.

In many communities, public planners have put rules in place to limit or outright ban the practice of short term rentals. In these places, posting properties on Airbnb or other services constitutes illegal subletting. Some refer to this practice as a “tenant scam” when those who are renting properties don’t play by the rules of the lease, or abide by the rules of the local community. When a renter turns around and sublets their dwelling, without the permission of the landlord, it can cause all sorts of problems for both parties, as well as neighbors.

Protect yourself against tenant scams such as illegal Airbnb subletting of rental property. Learn more.

Tenant Subletting Scams to Watch For

Tenant subletting scams usually involve illegally listing a property on Airbnb short-term, but it could be worse than you may have ever imagined.

For example, you have awarded a rental to a seemingly legitimate tenant that has passed all of the credit and background checks, but they may not even move in. Then with the use of phony advertising, they “re-rent” to others at elevated prices, leaving you and your property completely vulnerable.

Another type of illegal scam is where an approved tenant of a larger property, separates it into smaller spaces with improperly walled off sections, and then rents those spaces out to a larger number of occupants than what the property is allowed or zoned to hold. These types of overcrowding scams can have a detrimental effect on the property, void your property insurance and have a negative impact on the neighborhood.

Yet another type of scam involves using web services to market a property in a dishonest way. For example, a landlord may be shocked to find that their tenant has put their property on a web service selling that property as something it’s not!

Cracking Down on Illegal Subletting

Local city and town councils have put limits on short term rentals and subletting in place partly because they want to enforce a sense of responsibility for property owners. They want to avoid a high volume of people moving in and out of a building who have no stake in building upkeep or maintaining good relationships with neighbors. They don’t want absentee property owners turning a home into an Airbnb hostel in a way that compromises the quality of life in a neighborhood. That’s not to say that this will always happen, but there is a high probability that the longer these types of subletting scams are allowed to go on uncontrolled, the more they erode the “chain of trust” and obligations that come with owning and maintaining a property.

There’s a limit to how much of this a city government can control, regardless of ordinances and restrictions. When a landlord has a tenant who is renting a property, and that tenant turns it into a sublet, it alone constitutes a problem since the tenant doesn’t have legal permission or rights to do so. These types of situations can easily be considered as “low hanging fruit”; whereas a council that may not have a lot of leeway in challenging a property owner on short term rentals, it certainly seems that it would be easier to stop those who don’t actually have a deed to the property from renting it out as a short term vacation home. But often, for one reason or another, city governments look the other way or avoid getting involved until a neighbor vehemently complains.

Regardless of all of the existing rules and regulations, all you have to do is open up your computer and look at the various short term rental services available online to see that many people, including tenants, are not complying with the applicable law. So what can landlords do? 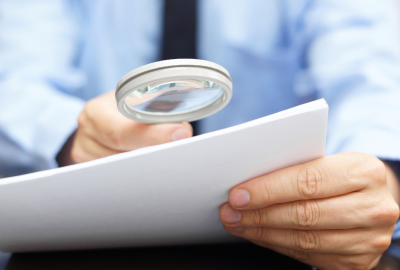 One of the first steps is to research local rules and regulations that impose restrictions on short term rentals or crack down on illegal sublets — many of these rules are not an outright ban on short term rentals. Instead, they require a person who is subletting to be licensed, which can disqualify many tenants who are renting a property from a landlord. Other restrictions can involve the length of time that someone has lived at a property, or other eligibility concerns.

By knowing what the law is, landlords can make sure that all local laws are being followed. It’s a good idea to be active in local community government, to try to promote the idea that excessive proliferation of short term rentals can be bad for the community.

As with many other kinds of issues, landlords can often protect themselves from illegal sublets by having a frank conversation when individuals move into a property.

So often, long-term renters are simply looking for an opportunity to make money any way they can. They may not have intended to use the property for short term rental services when they arrived, but if the subject is not brought up early, many people feel like they are free to pursue these kinds of financial efforts as needed.

Having an up-front conversation makes it clear that if someone wants to consider subletting, they can look somewhere else, or purchase their own property. And it sets the tone right from the beginning that illegal sublets will not be tolerated, and all incoming tenants are put on notice. This actually does a great deal to discourage the practice of illegal short term sublets from happening in a set of rental properties.

Write Restrictions into the Lease 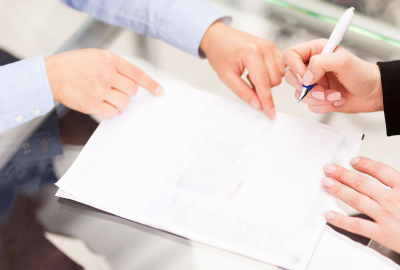 A lease is a landlord’s best friend in many ways. Nearly anything that a landlord has concerns about can be written into the lease document to make things clear and to make violations enforceable. Violating a lease gives a landlord certain rights, such as issuing an eviction.

When writing restrictions into a lease, it’s easy enough to forbid the practice of short term subletting — but as we’ve seen, people often don’t play by the rules.

Landlords can also have specific rules about things like occupancy. A lease rule on occupancy plays several roles. It discourages illegal sublets, and also works to prevent other types of informal situations where friends or family members decide to show up and live at a property without being on the lease.

To renters, occupancy rules sometimes seem arbitrary, but they’re put in place for a reason. Properties are meant to house a specific number of people, and going above that creates a number of problems. That’s one reason that local governments are cracking down on subletting practices — because in some cases, the property ends up with too many people inhabiting it at a given time.

Landlords can also write in lease rules about noise. Noise is another major concern with short term subletting. Certain rules can be written into service contracts, but as mentioned, people don’t always follow the rules, and there’s an inherent tendency for a short-term vacation sublet property to become kind of a nuisance, where there’s a lot of noise going on at various hours.

People who are living in a property year-round are not as likely to incur noise violations. They often know their neighbors, they have jobs in the community, and they often go to bed at a reasonable hour. By contrast, many customers of short-term rental services are sometimes there just to have a good time. They may have no such scruples about considering the people around them. They’re often there on vacation and can get loud late into the night.

Another interesting lease rule is to add language about police calls. For example, a landlord can write into the lease that two or more police calls to a property can trigger an eviction. This gives renters a chance to stay on the right side of the law, but also imposes consequences if the police start showing up too often. And, because police often visit properties where short-term occupants are creating problems, a rule on police calls can also help to restrict the practice of illegal sublets.

One more lease rule could involve parking. Creating designated parking can also discourage people from inviting larger numbers of people to come stay at a property.

All of these tools are essentially a means to an end – they are often done to make sure that properties remain more liveable, that fewer neighborhood relationships get strained, and that housing communities maintain a certain character. Having too many extremely short vacation sublets can really change the environment that people live in within a given neighborhood.

With a good lease in place, an understanding with renters, and knowledge of local law, landlords are several steps ahead. But they can still encounter issues in some cases.

However, there are ways to look up whether illegal sublets are occurring. Adding this task to the landlord’s calendar can be a way to protect an investment in properties. Figuring out how to be vigilant about sublets can help a landlord to know more about what’s going on at a set of properties. It helps eliminate those “absentee” situations where neighbors are getting angrier, and there’s no communication with the land-owner, until things reach a breaking point.

All of the above tips can help a landlord to understand the short term rental trend better, and evaluate a set of rental properties well on an ongoing basis.